Although currently a large percentage of people on the planet can have a mobile device with a front camera to carry out these videoconferences, the truth of the matter is that this activity has been carried out for a long time although, today there is a much more attractive and elegant interface than in previous times.

Of course, this situation had to be the case, since mobile devices are becoming smaller, delegated, resistant and easy to be acquired. The ease of being able to have a front camera nowadays has become a more important element than the rear camera, since many people are the ones who use for these video conferences almost in parallel with video recording or taking pictures with the rear camera. In this article we will mention which are the easiest tools and applications that you can get when conducting a videoconference on a specific computer.

Undoubtedly, when talking about video conferencing, many people will link this simple word with the Skype service that belongs to Microsoft. It is available for both Windows, Mac or Linux in terms of computers, having also versions optimized for mobile devices as it may well be an Android tablet, the iPhone, the iPad among many others. 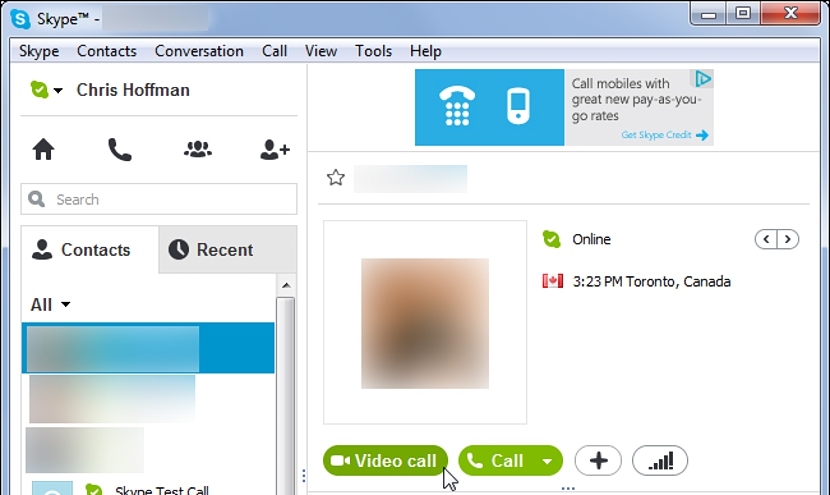 All you need to do is select a contact or friend that is on our lists or someone's number and then use the video call button; The image that we have placed previously is a sample of what you can find in the Skype desktop application, there is a small variant in the web version, since there you must also select your contacts to be listed on the right side, as long as they are connected, so you must also select the small video call icon.

A variant of what we mentioned above could be found on Facebook, a social network where you can only chat with friends that you have on your lists; these video conferences on Facebook come to be a feature that is provided by Skype.

Unlike Skype, On Facebook, you can only chat with your contacts and friends. In Skype you could put the phone number of the contact with whom you want to talk, even if it is not added to your lists.

Google Hangouts is an excellent option for those who have a mobile device, an application that you will find both on an Android and on the iPhone and iPad. Also exist web versions for Windows, Mac, dignified and Chrome OS computers; Anyone who has a subscription to any of the Google services can access this Videoconferencing system although, if you still do not have one available, you can go to any of the many services that Google offers you, something you can find in this news.

In addition to being able to use Google Hangouts with your Gmail or Google+ account, one of the best features over Skype is that with the tool you will have the possibility of chat with up to 10 people simultaneously.

Finally, another of the excellent tools that you can use to make Videoconferences is found in Apple's FaceTime; this tool differs from the others in the sense that it is still closed, that is, you will not be able to use it on mobile devices with an operating system that does not belong to Apple's.

For this reason, you can only use FaceTime on iPhones, an iPad, iPod Touch and Mac computers. For 2 people to enjoy this feature, previously you must configure your computer with the Apple IDOtherwise they will receive an error or connection message.

Full path to article: Gadget news » General » Software » Do you know what alternatives exist to carry out conventional videoconferences