Flappy Bird was an event when two years ago it emerged from nowhere to become the most played game by many. A game very simple in its mechanics, but that was able to challenge thousands of players around the world, to the point that its creator removed it from the game stores because it could not with the fame it obtained.

Even when it disappeared from virtual stores, smartphones were seen that were sold with Flappy Bird preloaded as a stimulus for their purchase and the increase in price. Nguyen, its creator, return to the fray with Ninja Spinki which follows that way of irritating and challenging players to test their patience and nerves.

When the games of the creator of Flappy Bird have been based on a specific mechanic, with Ninja Spinki it goes to the different mechanics that will be found in the multiple challenges that await you in this new title.

It has a retro style to the pixel art so common today and which Nguyen has used to each of the games that he has been releasing throughout these past years. A visual style that allows you to beautify a video game and at the same time it does not manage to consume as much battery life.

If you want to suffer a little again with an addictive and very difficult game, Ninja Spinki is waiting for you from the Google Play Store for free. 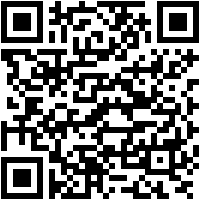 Full path to article: Gadget news » General » News » The creator of Flappy Bird returns to the fray with Ninja Spinki