If you are interested in invest in cryptocurrencies and you don't want to spend money on buy Bitcoins, Ethereum or other currencies directly, then an option that can be very interesting is mining. The cryptocurrency mining It is the decentralized process by which transactions are validated on the blockchain; But to better understand in a simple way what it consists of, we could say that it is a process by which a computer dedicates a series of computing resources and in return receives a payment in cryptocurrencies. If you want to see how to mine coins in a profitable way and from the cloud, then keep reading this article.

Cryptocurrency mining, a bit of history 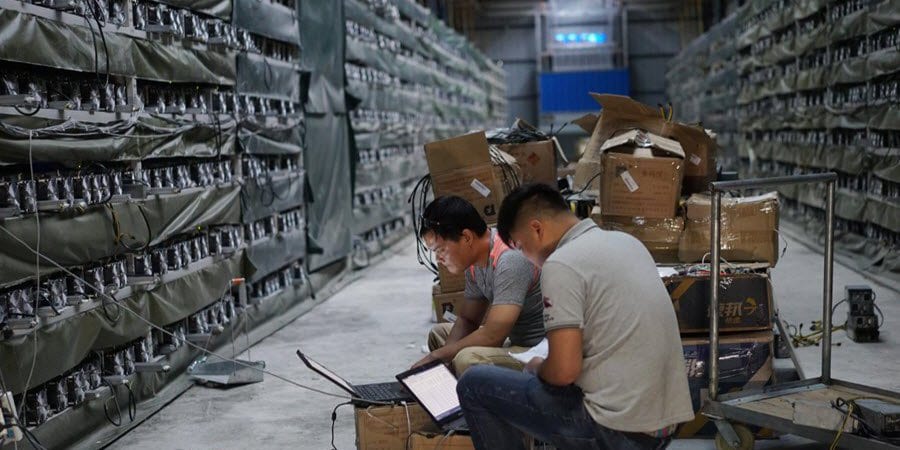 Years ago it was possible mine Bitcoins or other cryptocurrencies in a simple way from home and investing few resources at the hardware level. Any computer was capable of mining coins in a profitable way and therefore some people decided to invest in machines to mine from home in a more or less amateur way. At present this is no longer possible, the appearance of equipment specially designed for mining of coins together with the increasing difficulty of the mining algorithm makes it unprofitable to mine in this way today - at least for the most common currencies such as Bitcoin, Ether, ... - and that the market is dominated by large companies that they devote enormous resources to this task.

And we not only have the determining factor for the cost of the hardware, we also have other limitations such as:

For these reasons - and others - today much of cryptocurrency mining is carried out in countries such as China, Iceland, Finland, etc.

As we have already commented, mining cryptocurrencies directly from home is not profitable right now. Well, actually, it could be profitable as long as we look for those recently created cryptocurrencies that are little known and that still allow mining from little powerful hardware, but that is another matter that I would give for another very extensive article. In this case we are talking about the mining of the main cryptos and that right now from home is not feasible.

So I can't make money mining Bitcoins anymore? Well the answer is yes, thanks to what is known as cloud mining o cloud mining. The idea is that companies have recently appeared that set up huge coin mining systems in countries and with specialized hardware, making them profitable, and these companies offer you the opportunity to hire their services to have your own mine remotely. In this way you can have your Bitcoins mining system and you will only have to pay a fee, avoiding having to manage the equipment directly.

Currently there are several companies that offer these services but you have to be careful when choosing one since there are some cases of companies that have been a fraud that, following a pyramid scheme, have cheated money from their clients. We we recommend Hashflare, which is a company that has been working well for a few years proving that it is a company in which you can trust and what the higher cloud mining profitability market.

HashFlare, mine bitcoins in the cloud

HashFlare is a cloud mining system They offer a mining system with equipment installed in Iceland, achieving high profitability thanks to the low cost of energy in Iceland and its cold climate that allows them to save many costs when it comes to dissipating the heat of the mining equipment. They currently allow the mining of Bitcoins, Ethereum, Litecoins and Dash.

Do you want to mine Bitcoins?

How to mine cryptocurrencies on Hashflare?

Although it may seem complex, mining coins with Hashflare is very simple. You just have to follow the following steps:

2.- Once inside you have to buy the mining system. Here you have many different algorithms to mine one or another cryptocurrency. Some are more profitable than others, but we recommend that you buy the SHA-256 algorithm and mine Bitcoins.

4.- Make the payment. You can pay with Bitcoins but if you are a non-advanced user in cryptocurrencies you can also do it directly with more traditional methods such as bank transfer or credit card. If you use a credit card, you will have to validate the payment later by indicating a code that is included in your charge on the card, so it may take a few days.

And that's it, you can start mining Bitcoins and earn money month by month without having to do anything else.

In your HashFlare panel you have information where you can see the income generated day by day, the income forecast for 1 day, 1 week, 1 month, 6 months and 1 year so that you can see how profitable your investment is.

Once you have accumulated Bitcoins in your account you can:

As you can see, mining cryptocurrencies from the cloud is a relatively simple process. Thanks to platforms like Hashflare you can invest from $ 1,5 and start mining without having to take on complex problems such as buying specialized equipment, setting up the systems, installing the mining algorithm,… all of this is done by hashflare for you. You just have to decide how much you are going to invest in, buy the mining power and that's it. HashFlare is in charge of making your profitability the best, to start working with them remember that you just have to click here.