Surely more than one of those present already knows or knew Vine a website that also became an application available for iOS and Android devices. Well, now after a while we can say that the next version of that application is already available to everyone and it's called byte.

Vine basically allowed the user to make short, funny, creative videos, teaching tricks or whatever the user wanted for a very short time as a loop or GIF, then this video could be shared on social networks in a simple way. The new app called ByteIt comes later to stay and today we will see in a simple way how we can use this application from our mobile device, whether it is an iPhone or any Android device.

Before getting down to business, let's see who created the Vine website, which later became an application for mobile devices and was quite successful, why not say it. The creators of this app were Dom Hofmann, Jacob Marttinen and Rus Yusupov in June 2012, so this is a really veteran application. This application was bought the same year by Twitter, when we all thought it could have a spectacular increase, it ended up in oblivion. Today we have other applications similar to Vine, so we can say that it was one of the first to offer this type of service.

Finally, the platform would stop offering its services, announcing that no more videos could be made on Vine in October 2016 and although some users could continue to download and watch content, it was not the same. Vine changed its name in 2017 to be called Vine Camera and users could upload videos but it did not offer storage so it stopped being so widely used. Last years its indefinite postponement was confirmed by economic problems to a greater extent.

Vine allowed to create videos of about 7 seconds

The creation of videos on Vine was accompanied by its subsequent publication on social networks such as Twitter itself, Facebook or similar, so these videos of 6 or 7 seconds maximum at the beginning were enough for everyone. As time went by, the platform continued to be used but to a lesser extent, so to give a push it was decided to extend the time that its users could record and this passed until 140 seconds.

But finally everything came to nothing since Hofmann's death caused everything to be stopped until recently when another of the creators decided to put on the market a new app to compete or even surpass existing ones, including the well-known TikTok. They know it is difficult, but nothing is impossible in the world of mobile apps so it is best to try.

Byte is here to stay

The application offers a complete renovation of what the original Vine application had, but in reality it is similar in terms of functions and features offered to the user. It is important to note that these applications are totally free on both platforms and that right at the end of this article you can download them.

The app offers its own feed to explore all content in a simple and fast way right at the beginning, it also offers many options to edit our profile directly from our account and we can receive notifications, like the videos that we like the most or create our own quickly.

Dom Hofmann, wants to attract all "influencers" current and those to come, for this he wants to monetize the content, something very important today for those who are dedicated to the creation of this type of content. Instagram, Facebook, TikTok and other social networks are an important source of income for creators, so you have to motivate them to join Byte and what better way to offer monetization to the most popular:

Very soon we will introduce a pilot version of our partner program that we will use to pay creators. Byte celebrates creativity and community, and rewarding creators is an important way to support creators. Stay tuned for more information

There is not much more we can say about it and it is that having a monetization for your work is something we all want and it seems that focusing these types of applications that are really social networks towards the creation of monetized content.

The first thing to say is that there is currently little content in our language but we already found several interesting videos. The truth is that it is quite intuitive and we can start by saying that in the app for iOS (which is where we have tested it) it works through registration with Apple or Google, so we will not have problems registering. Once this procedure has passed we can start creating our videos in a «loop» short duration by pressing the central button and allowing access to the camera and microphone. Then it will be in your hands to share them or not, in general it is very simple.

We can also use the search engine that appears in the form of a magnifying glass to find all kinds of content, access directly to our profile To change the image, make adjustments on our behalf, activate notifications and also offers the possibility of logging out or deleting the account directly, it is very simple to delete your Byte account if you are not comfortable.

To download Byte for your iOS or Android device, it is as simple as directly accessing the application store from the device itself and downloading or clicking on the links that we leave you just below. It's totally free And you can start creating your content directly from today to get creative and show it to the world from your Android or iOS device. 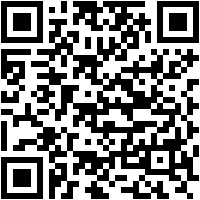 Full path to article: Gadget news » Applications » How to use and download Byte, Vine's successor