Windows 10 is Microsoft's new operating system that is being used by a large number of people (including us) to test each of its new features. Little by little, a considerable number of tools have been discovered that have caught the attention of the entire community and among which stands out, its native alarm and alarm clock tool.

A few days ago, the news about the new and great update offered by Microsoft for Windows 10, something you should check if you are using its technical version. In this article we will mention how to work with this tool that Microsoft has proposed and that you can also find it in Windows 8, although you will not find it in previous versions.

The alarm function in Windows 10

The new tool that comes installed by default in Windows 10 mainly contemplates three functions, being the first of them the one that we will mention at this moment, that is, to the alarm. In order to locate it, we recommend that:

With these small steps the tool will immediately appear in the results; we just have to select it to be able to enjoy it in full screen; this tool belongs to the category of «modern applications» As for it, you could be seeing it with an appearance that contemplates the "New User Interface"; When you run it, you will find a screen very similar to the following. 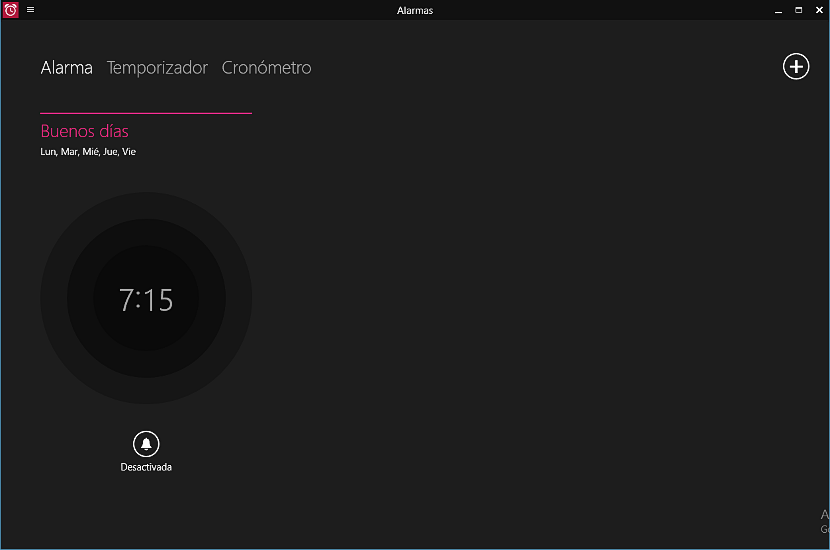 In said capture you will be able to notice the presence of the three functions to which we have referred from the beginning, these being the alarm, the timer and the stopwatch. On the right side there is a small icon with the sign «+», which you can select if you want to add an additional alarm. Just by touching the number (which represents the time) that is located in the central part of the circle, the interface will change. To do the test, you can put a alarm at ten to check that you can add as many alarms as you want. 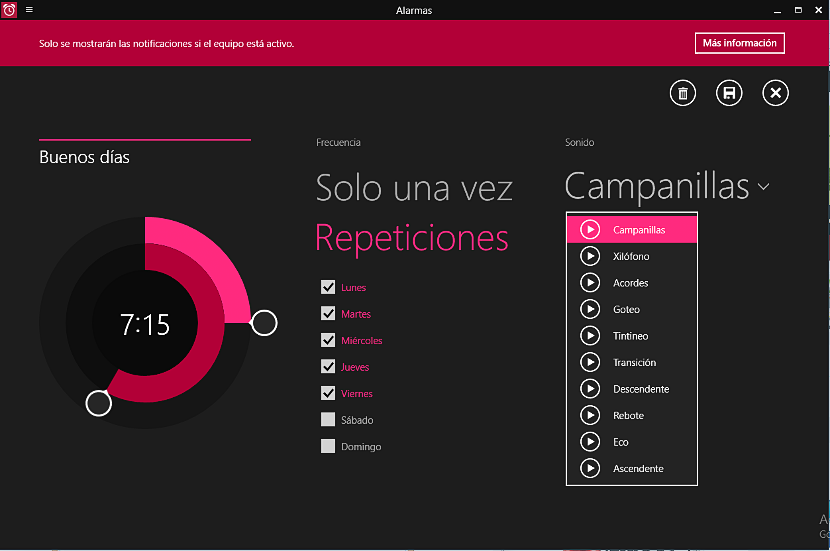 It is really spectacular, where you only have to define the time by moving the small sliding circle that is inside; the sliding circle on the outer perimeter instead represents the minutes. You can also define how this alarm should be activated, that is, if you want it to ring every day or only some of them; on one side the "bells" are present, there being a large number of them and from which you can choose, whichever is your favorite. Just tap (or click) the little play icon next to each of these chimes to hear their sound.

Once you have defined the parameters of this alarm, you just have to go back to the previous screen and then select the icon of the bell that says "deactivated" to switch to "on" mode.

The timer function in Windows 10

This is the other function that is integrated into this operating system; there is a text that says «Countdown«, Because it is what this tool will actually achieve. 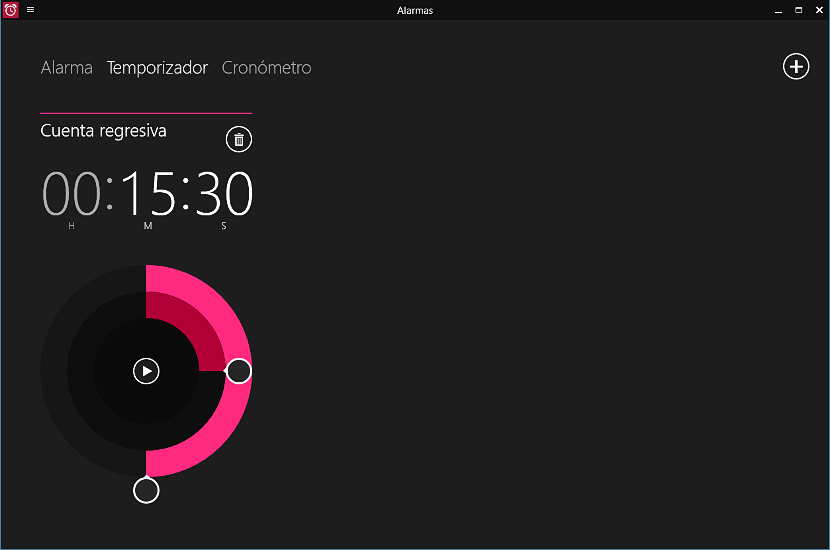 As before, the inner circle will help you define the minutes and the outer circle the seconds. You can add as many alarms you want with the "+" sign. To start the timer, you just have to touch (or click) the icon in the middle of the circle, which is shaped like "play".

The stopwatch function in Windows 10

Without a doubt, this is the easiest function to execute, since we only have to press the button in the middle of the circle and that it has an icon very similar to the one of «reproduction». 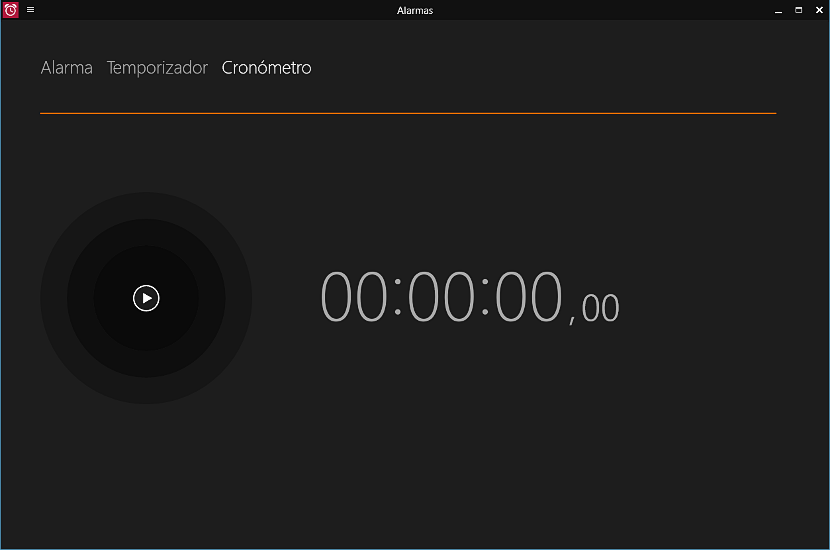 There is practically nothing else to do with this function, being able to appreciate that the time begins to run once this button has been pressed.

As you can admire, the new feature built into Windows 10 to use your alarms, timer or stopwatch offers immense possibilities for those who wish to use these resources instead of using them on their respective mobile phones.

Full path to article: Gadget news » General » Software » How to use the Alarm and Wake-up in Windows 10