Although it would seem that by now the CES 2018 could not surprise us with anything else, as is often the case in this type of case, we were quite wrong and, overnight we found ourselves with Lenovo and the presentation, without prior notice since not even in the conference that the company gave yesterday was mentioned anything, of some new augmented reality glasses.

These new and interesting glasses, as we have already commented, are a new bet to bring to all users that technology that we like so much but that in turn has caused some other headaches for other companies such as augmented reality. To offer 'something different'Lenovo is also committed to equipping its glasses with artificial intelligence in order to be able to enhance all its functionalities.

Before going into even more detail, in the press release provided by Lenovo's communications department, it is announced that these new glasses, buatized with the name of New Glass C220 are already available to reach the market. At this point, it must be clarified that, unfortunately, they are intended for use by the professional, educational and industrial sectors, therefore, for the moment, it is ruled out that any client can acquire them as such.

Unlike other options that we have been able to learn about for months, Lenovo's commitment to the New Glass C220 consists of glasses that are characterized by being assembled in two parts. On the one hand we have the typical glasses equipped with glass and whose weight is about 60 grams that, as in other cases, will serve as an augmented reality screen. Secondly, there is the so-called processing unit that will be in charge of treating all the information that arrives from the sensors and displaying the results.

Focusing on the processing unit, as has been revealed, it is based on Android and has its own artificial intelligence platform, specifically it uses the software platform Lenovo NDB AH Cloud 2.0 which, as a reminder, integrates systems of augmented reality, artificial intelligence and Big Data. A very interesting part is that, because the New Glass C220 are modular, as we have already mentioned, Lenovo hopes that different companies can make their own processing units in order to expand all the capabilities of the product.

At this point, we cannot fail to mention that, as can be seen in the images, Lenovo designers and engineers have endowed this peculiar augmented reality glasses with a bone conduction audio system. Apparently and according to the press release, this system has been designed keeping in mind that glasses had to work in noisy environments. 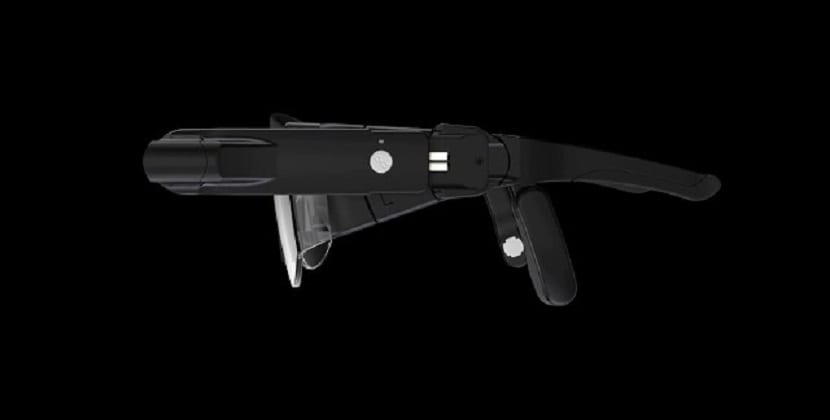 Unfortunately, apart from everything related so far, there is little more data that Lenovo has offered about this product except, for example, its mode of use, something that can be useful especially if you are a professional who plans to get hold of a team of these characteristics. Regarding the mode of use, apparently the glasses, the first time they are used, they must be connected to our smartphone. Once this connection has been established, essential for its correct configuration, it will no longer be necessary since the glasses will work via WiFi.

Personally, I have to admit that this is a very interesting product both for capacity and for functionality, the curious thing about this whole matter is that, despite its great potential, from Lenovo did not want to give it all the publicity it should. Among the possible causes for this, mention for example that the price or the date on which they will be available is unknown although, according to some other comments, it seems that a pilot test will be carried out during this year 2018 in a few companies in China.