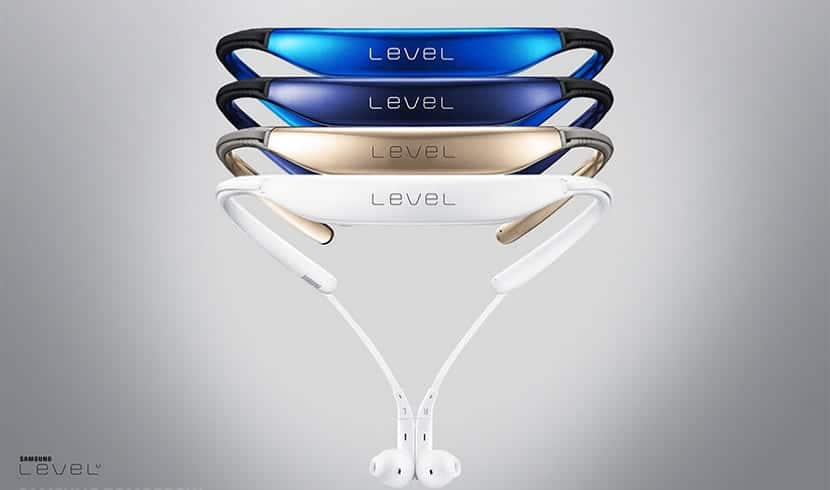 The first of these characteristics is the adaptation of the headband to the neck. Unlike other models, The Level U Wireless Bluetooth Headset conforms to the neck allowing greater mobility and better audio since the headphones do not detach from the ear.

Its weight is 33 grams and it is offered in various colors for young and old. In addition, the Level U Wireless Bluetooth Headset includes noise cancellation technology and Text to Speech that will allow us not only to listen better but also to be able to receive mobile information such as messages, calls, etc ...

However, the best thing about Level U Wireless Bluetooth Headset is its autonomy. According to Samsung itself, this model has an autonomy of about 10 hours of operation, something quite interesting since many models offer a quarter of autonomy.

At the moment we do not know when they will go on sale and what price they will have, but it seems that it will not be in a long time since there are official and commercial images of the headphones.

Personally, I used to be very reluctant to wireless headphones because of their high price compared to their functions, now, once I tried them, the difference with the classic headphones is very noticeable and of course they are worth what they cost, possibly it is not the only one that think about this and Samsung's Level U Wireless Bluetooth Headset may be one of the best options on the market, it will only depend on the price (like everything).