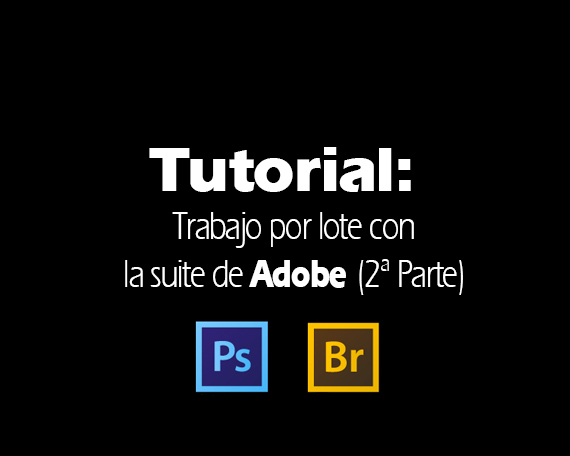 In this tutorial we will finish ordering and cataloging the photos that interest us of the entire amount of photos of the session with kilogram, and we will separate the ones we like the most, so that later we can start programming Photoshop so that it works automatically.

In the anterior part of the tutorial, we saw how to use Adobe Bridge to start developing a logical workflow on things like organizing and cataloging photos. Now I leave you with him Tutorial: Batch work with the Adobe suite (Part 2).

El tutorial Today's goal is to finish sorting the photos into Adobe Bridge by folders, after evaluating the treatment that is going to be given in the editing program according to your needs and placing the photos in different folders, differentiating them from each other according to the treatment that we are going to give to each group of photos, and then create one or some actions en Photoshop to help us edit several groups of photos in order to speed up the work. In the previous part, in Tutorial: Work by batch with the Adobe suite (1st Part), you will find the previous steps to execute this tutorial. 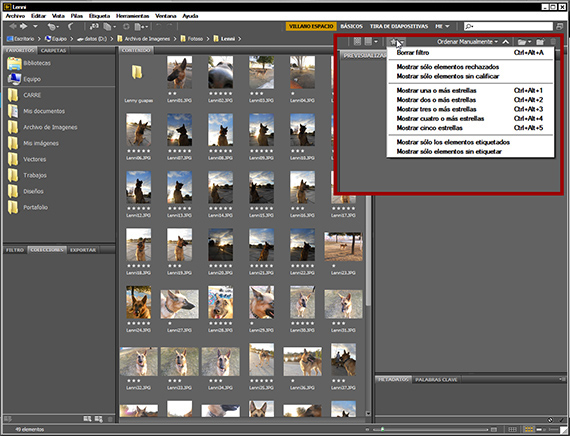 Once everything is ordered and to our liking, we will begin to group photos according to the treatment that we are going to give them. For this we will use the star rating system of Adobe Bridge, and we will make 3 groups, one that we will score with 1 star, another with 3 and a final one with 5. Once scored, we go to the star that is located in the toolbar that is more or less to the right of your interface and we chop. We will get a dialog box with which we can select which photos we want to see according to their score. This is where we will begin to visualize as a whole, what is the treatment that we are going to give to our photos. 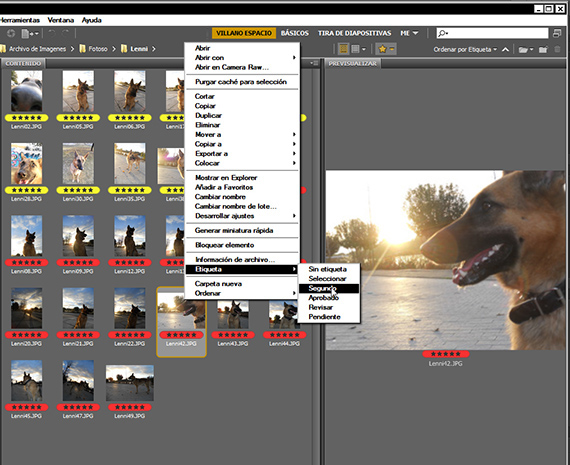 In the end looking at the photos, I have decided to only stick with the ones that have a 5 star rating. It is a fairly heterogeneous group of photos, and I think I will be able to treat them in a couple of different groups. I choose to divide them into a couple of groups, one of photos with a mid-afternoon light and another that has photos that I took against the light of kilogram. I divide them into two groups, one that labels with the red approved label and the other with the yellow second. To enter the tagging options, click on one of the photos once you have selected the ones that belong to the tagging you are going to execute. Once the photos have been differentiated by labels, we create two new folders in the work folder and introduce the labeled photos, each one in its folder according to its label, which indicates the different treatment that we are going to give it. Now looking at the groups of photos, I see that the light is very good, even the backlight, so I have decided that the group of photos with the mid-afternoon light, I will improve the color and the balance of light and shadow somewhat little more, and I will edit the photos against light so that the contrast is more visible. 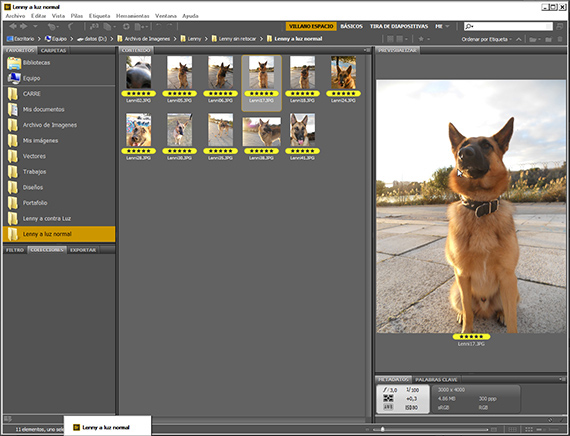 I focus on one of the two groups and start editing by taking one of the photos, usually one of the most normal within the group, and by this I mean one that we can take as an example of the same group. I explain it. As we are going to develop an action to edit all the photos at once, we are going to choose a photo that is one of the most normal within the group, neither the darkest nor the lightest, if not the one with the highest values. intermediate. Once we have chosen the photo, just double clicking on it will open it in Photoshop.

Now is the time to play with him Photoshop, to improvise, to choose the treatments that we are going to give to the photo. I recommend that you have imagination and yet know how to control yourself, since an over-treated photo is worse than a photo that is somewhat weak in color and light. In the previous step, I chose the group of mid-afternoon photos to start with. I chose one of the photos and I have started applying treatments in order to see what is the result I want to obtain within the determination before taken of only improving the light, contrast and colors.

In the next chapter of this tutorial, we will enter fully into the editing of the images and the programming of the actions.