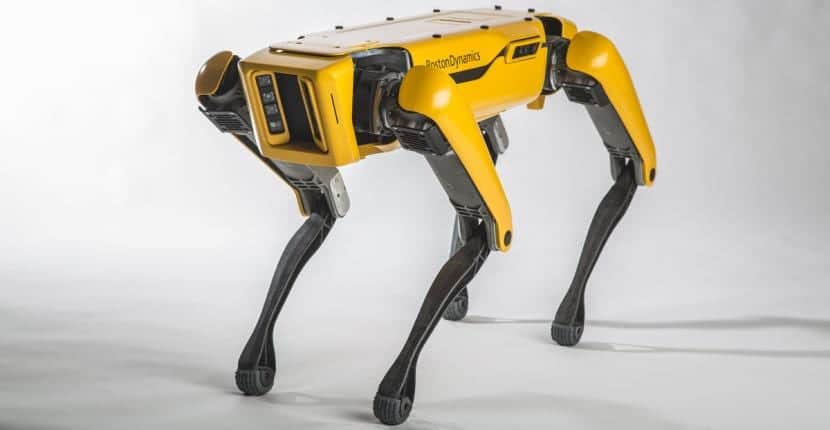 Robots are part of our daily life and it is that although we do not believe it we are surrounded by them. A robot can be considered any product that has an integrated electronic board and it is that as explained in the wikipedia: a virtual or artificial mechanical entity. In practice, this is usually an electromechanical system that is normally driven by a computer program or an electrical circuit.

In this case, what we have to show today is a video of a robot that is somewhat different from what can be a refrigerator, a smart watch, a computer or similar, it is the Boston Dynamics robot dog. This robot that can really be a bit scary because of the way it looks and the way it moves, this time has achieved a new achievement: opening doors.

In this hardware update added by the guys at Boston Dynamics, the robot takes a step forward in everything. This robot is characterized by not having a head (even if it is made of tin) and now with the new clamp in place it is now able to open doors as it passes. But let's see the video with the progress implemented:

https://youtu.be/fUyU3lKzoio
The video, titled Hey Buddy, can you give me a hand? It shows a SpotMini approaching a closed door and suddenly the new robot appears with "the update" and at that moment it is exactly where you think that this begins to be a little scary. This to see how a robot (so ugly) can open a door with such ease thanks to the kind of clip that has been added to the top and thus letting your partner into the area, is not something that aesthetically I like, but this is something that can be great on certain occasions considering possible rescues or the like.
In any case the robot dog from Boston Dynamics I don't think he was the best companion at home for its physique, but for its intelligence and for the possibilities it offers with each of the new accessories that are implemented.