Many are the companies related to the world of high technology that are seeing how, after many years, it finally seems that they have the door open to enter a very closed sector such as the automotive world. Thanks to this, for today we can talk about how NVIDIA It is investing a lot of resources in being chosen by the largest possible number of companies to be in the future autonomous car.

This is much easier to understand if, as will be usual throughout this week, we look at all the presentations that are being carried out within the CES 2018, a very famous event worldwide that, how could it be otherwise, has been chosen by the leaders of NVIDIA to present in society its hardware and software platform baptized with the name of Xavier.

Before continuing, and despite the fact that to date practically nothing was known about the capabilities of this platform, the truth is that today there are many large-scale companies that have already announced that they will use this type of hardware and software designed by NVIDIA. To give you an example of two of the best known and most powerful, tell you that Uber you are already testing this solution and even Volkswagen, newly named the largest manufacturer on the planet ahead of Toyota, is also using it.

We had to wait for CES 2018 to learn more about what Xavier offers. Now, for example, I know that the platform is made up of three different sections known as Drive AV, Drive IX y Drive AR. As a reminder, tell you that Drive AV It was already publicized by NVIDIA a few months ago and it is the part within the platform that will be in charge of using the sensors inside an autonomous car, processing all the information and making the pertinent decisions with the data that comes to it.

Drive IX and Drive AR, what are they used for?

If we focus for a moment on Drive IX, we find a system composed of sensors and algorithms by means of which the platform can detect which user is going to get into the car in order to offer a totally personalized experience such as adjusting the seat, the mirrors, regulating the climate control temperature and even , when approaching, open the door. This last action will be carried out after passing some identification measures in order to avoid opening the door to anyone walking near the car.

Second we find Drive AR, a system that, as its name suggests, is responsible for bringing the world of augmented reality to the world of the car to significantly improve driving. Thanks to this system, it will be possible, for example, to project on the road (through the front glass or the windows) such useful information, in real time, such as GPS indications, the weather outside, possible problems with traffic ... 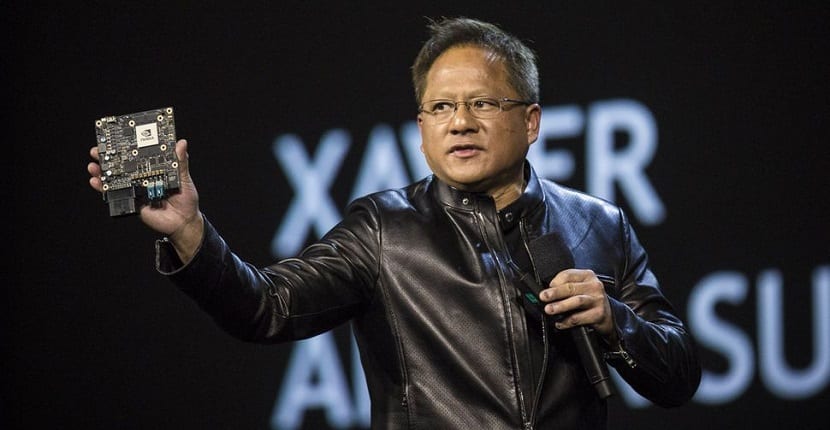 According to NVIDIA, its platform is two years ahead of the competition

Trained at a much more internal hardware level, tell you that Xavier will have a SoC of o cores equipped with more than 9.000 million transistors, a GPU based on Volta with 512 cores and even enough power to analyze 8K HDR video in real time. If we put all this in perspective, tell you that this hardware, according to data offered during its presentation by NVIDIA itself, is capable of offering a gross power of 30 Tflops consuming only 30W.

Thanks to all this power, it is not surprising that many companies are beginning to test and collaborate with the development of this interesting platform. At this point, I would not like to say goodbye without commenting on one last piece of information that I have especially called attention and that is that, as they have commented during the presentation, apparently Xavier is two years ahead, in terms of capacity and development, than the rest of the competition that today also work on platforms for autonomous driving.

Full path to article: Gadget news » Technology » NVIDIA is nominated as a candidate to be the nerve center of the autonomous car thanks to Xavier