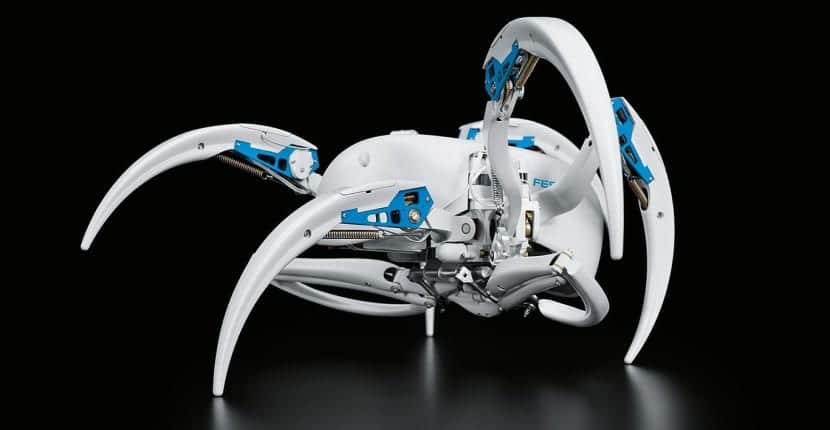 Many are the companies related to the world of robotics that literally surprise us practically every day with curious solutions that make us dream that every day we are much closer to that future that reflects so many science fiction films where robots are totally autonomous and they know perfectly how to satisfy and help us with all our needs.

Far from all this, the truth is that today perhaps the most media company in this sense, both for its past and for the hopeful future that is predicted for them, is Boston Dynamics, which we have talked about on many occasions but which, today seems to be in second place thanks to the spectacular robotic spider that the boys of Festo, without a doubt a work of art in design and especially in terms of functionality.

Where does the robotic spider created by Festo come from?

As reported in an official statement by Festo itself, apparently both its designers and the engineers who have worked on the project have been inspired by the acrobat spider of Morocco, which is capable of adopting a position that makes it jump at high speed, making it appear that it is spinning, in order to escape from all the predators that it may encounter throughout its life.

As you can see, without a doubt, we are talking about one of the most complex projects that Festo engineers have ever faced. Even so, a challenge that they have communicated they were passionate about facing and with which today they present to us what they themselves have baptized with the name of BionicWheelBot, their first and impressive robot inspired by arachnids and with which, at least it seems to me, they have achieved a quite successful and impressive result.

Before continuing, let me tell you that like other rivals in the robotics market such as the aforementioned Boston Dynamics, which seems to focus its developments on the design of four-legged robots similar to 'Dogs'or humanoids whose capabilities surprise us at each iteration, Festo works on something completely different, that is, they work, for example, on projects focused on insects, which have led them to design robotic dragonflies, chameleon tongues, kangaroo-shaped robots and even arms.

Festo will present its spectacular robot spider during Hannover Messe 2018

Returning to the robotic spider created by the Festo specialists, we find a central body where all the hardware is installed, equipped with eight fully articulated legs. Of this eight legs six of them have been endowed with a specific functionality that allows them to be adapted in such a way that they are capable of creating a kind of wheels while the remaining two are used so that the robot can propel itself and thus roll at a higher speed. To achieve all this, this device had to be endowed with nothing less than 15 engines, a 1.000 mAh LiPo battery and a STM32F4 processor with ARM Cortex-M4 architecture.

In terms of dimensions, we are talking about a robot of about 570 x 238 x 796 millimeters. According to Festo in its official statement, the objective of this creation is to offer the market a device capable of moving on uneven terrain where it can walk thanks to its spider shape and, once the terrain is much flatter, it can move at high speed thanks to the fact that it can turn six of its eight legs into wheels. If you are interested in what a robot like the one you see on the screen can offer, tell you that it will be officially presented during the celebration of an event of such special relevance as the Hannover Messe 2018. 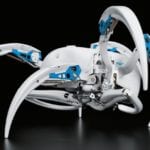 Full path to article: Gadget news » Technology » Collaborative » This spider is a showcase that helps us understand how far we are capable of going in the world of robotics